Neepawa, Manitoba – UPDATE: Kelsie Lesergent has been arrested. The RCMP thanks the public and the media for their assistance.

On November 25, 2017, at approximately 3:00 am, Neepawa RCMP attended a residence in Neepawa and located a deceased 62-year-old male. The death was determined to be a homicide and investigators from the RCMP’s Major Crimes Unit were called-in to assist.

After a 10-month investigation, the RCMP has arrested and charged the following individuals in relation to this homicide:

Molly Syganiec, 21, of Brandon, Manitoba, was arrested on September 26, 2018, and charged with Second Degree Murder. She has been remanded into police custody and is scheduled to appear in Winnipeg Provincial Court on September 28, 2018.

Denver Henderson, 34, of Killarney, Manitoba, was arrested on September 26, 2018, and charged with Manslaughter and Accessory After the Fact to Murder. He has been remanded into police custody and is scheduled to appear in Winnipeg Provincial Court on September 28, 2018. 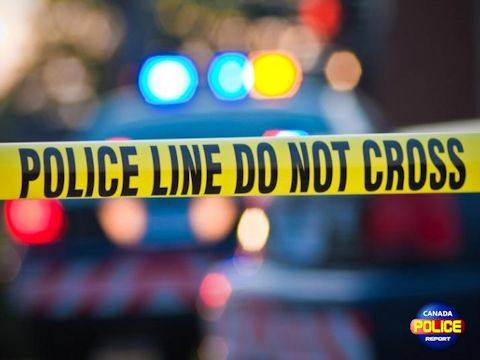 The RCMP is currently searching for a third individual:

Kelsie Lesergent, 20, of Brandon, Manitoba, is charged with Second Degree Murder, and there is a warrant out for her arrest. She is described as 5’6″, 119 lbs, brown eyes, and brown hair. She may be in the Brandon Area.

Anyone with information about the location of Kelsie Lesergent is asked to call 911, their police of jurisdiction, or call Crime Stoppers anonymously at 1 800-222-8477, submit a secure tip online at www.manitobacrimestoppers.com or text “TIPMAN” plus your message to CRIMES (274637).

January 28, 2020
Lloydminster, Alberta – On Jan. 24, Lloydminster RCMP located a stolen vehicle in a parking lot behind an apartment building in the 3800 block of 52 Avenue. During the investigation a male was observed entering [...]

January 28, 2020
Lloydminster, Alberta – The Lloydminster RCMP are looking into two separate robberies that occurred at businesses early yesterday afternoon. The first incident was at a commercial property in the 1500 block of 50 Avenue, with [...]

UPDATE: Bomb threat at Lethbridge College believed to be a hoax

January 28, 2020
Lethbridge, Alberta – (3:54 pm) Lethbridge Police are investigating a reported bomb threat at Lethbridge College but there is no evidence to suggest the threat is credible. Shortly before noon today police responded to a [...]

January 28, 2020
Whitehorse, Yukon – Thank you for coming today. My name is Superintendent Chan Daktari Dara, I am the Criminal Operations Officer in charge of Core Policing for the Yukon RCMP. I want to summarize what [...]