Calgary, Alberta – The Calgary Police Service is investigating a series of attempted thefts from night depository boxes at financial institutions throughout Calgary, and is seeking public assistance to identify a man believed to be involved.

Between Friday, July 12, 2019, and Tuesday, Aug. 6, 2019, an unknown man attended several financial institutions after hours and attempted to gain access to the night depository boxes. It is believed the man used several different methods in his attempts, including trying to forcibly open the depository boxes or fishing the deposits out.

The man is believed to be responsible for a total of 10 attempted thefts at financial institutions throughout Calgary, as well as three additional attempts in Chestermere and Airdrie.

Investigators from CPS are working closely with members of the RCMP and are now seeking public assistance to identify the man.

The man is described as approximately 5’8” tall, between 160 to 180 pounds, and was often seen wearing construction clothing. The man was seen driving a white GMC Sierra with construction materials in the bed of the truck, however his licence plate was obscured. 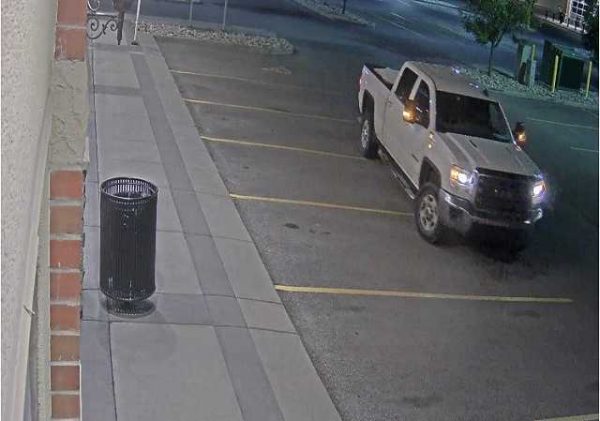 It is believed that a second man may have also been involved in several of the attempts, however a suspect description for him is not available at this time.

Police are asking anyone who recognizes the man, the clothing he is wearing, or the truck, to call police at 403-266-1234. Tips can also be submitted anonymously to Crime Stoppers through either of the following methods:

RCMP seize drugs and arrest male a rural property in the RM of Dauphin, Manitoba

Across Canada
July 9, 2020
Dauphin, Manitoba – On July 2, 2020 at approximately 4:00 pm, the RCMP West District Crime Reduction Enforcement Support Team, along with Dauphin RCMP, executed a search warrant at a rural property in the RM [...]