Calgary, Alberta – The Investigation – The Calgary Police Service Auto Theft Team has charged two men following a year-long investigation into a series of fraudulent schemes that targeted car dealerships and financial institutions. The total amount obtained by fraud is believed to be over $800,000.

Throughout 2018, two men used stolen identities to fraudulently purchase vehicles in Calgary. It is believed that the suspects then replaced the Vehicle Identification Numbers (VINs) on the vehicles in an effort to disguise the vehicle while they either resold or refinanced the same vehicle. It is alleged that the men were also able to obtain financing loans through financial institutions for vehicles they didn’t possess. 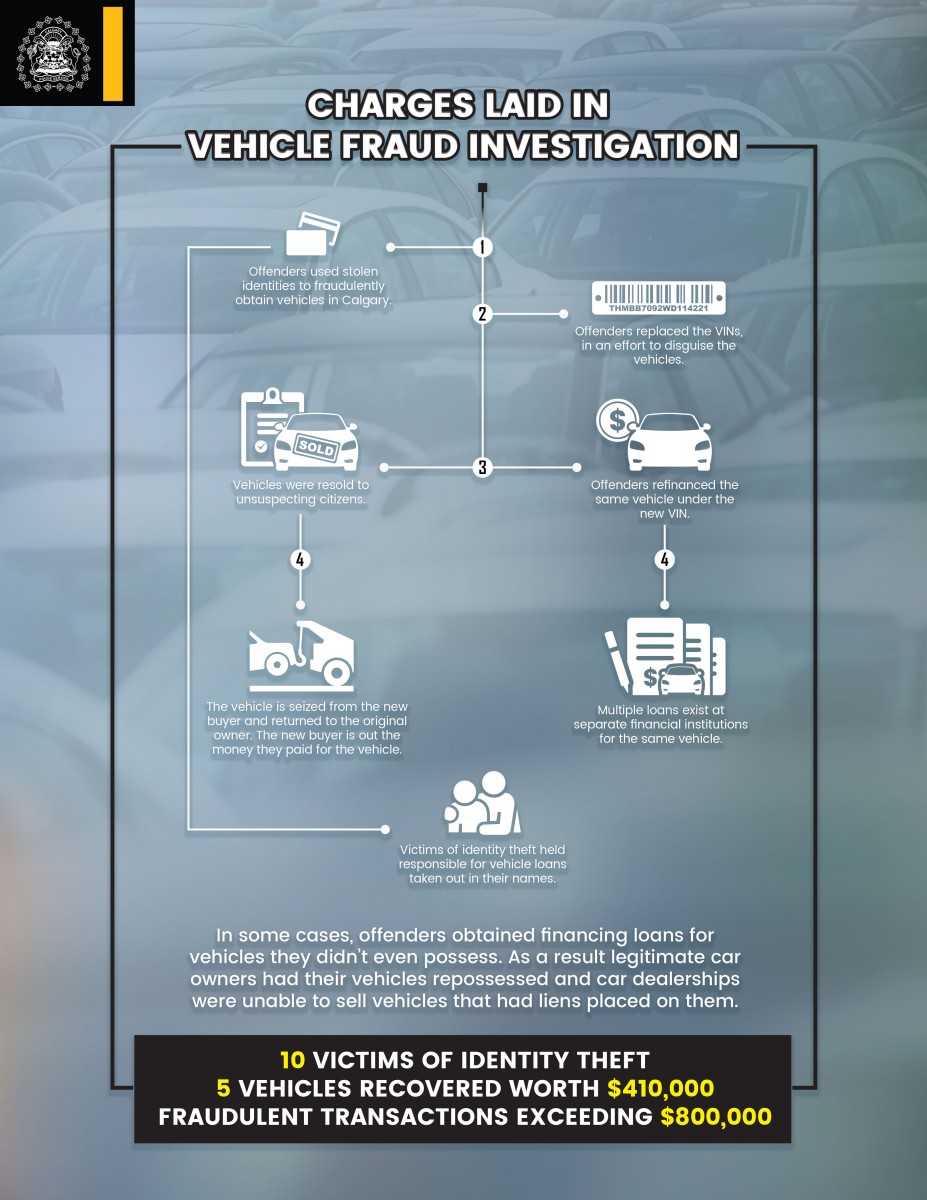 These frauds resulted in the victims of identity theft being held responsible for vehicle loans that had been taken out in their names, car dealerships being unable to sell vehicles that had liens placed on them, and legitimate vehicle owners having their vehicles repossessed by banks who were acting on the fraudulent loans.

On Wednesday, Oct. 17, 2018, investigators in the Auto Theft Team conducted a search warrant on a residence located in the 200 block of 13 Avenue S.E., with assistance from detectives in the General Investigations Unit. As a result, a significant amount of evidence in the form of documents and electronic devices was discovered.

After a thorough review of the evidence, investigators identified 10 individuals throughout Canada and overseas who had been the victim of identity fraud. Police recovered vehicles in Calgary, Edmonton, Vancouver and the United States. In total, 8 vehicles were believed to have been fraudulently purchased or financed in this scam, including two Porsche Cayennes, two Range Rovers, a Mercedes Benz G63 AMG, a Dodge Ram, a Jeep Grand Cherokee and an Audi A5.

Photos of some of the recovered vehicles are shown below. 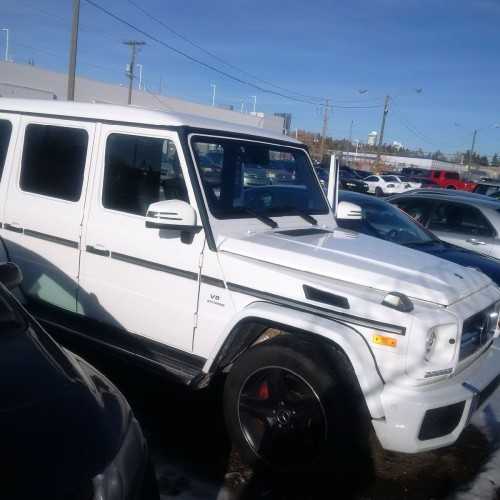 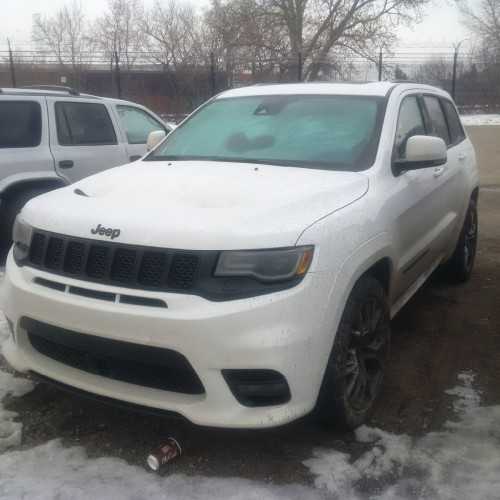 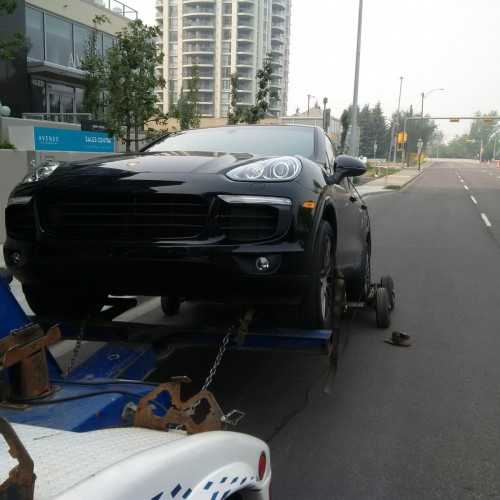 As a result, Sean Alexander AIREY, 27, of Calgary, has been charged with one global charge of fraud over $5,000. Mohammed Khalid ALSHANTI is also wanted on warrants for fraud over $5,000 and possession of a controlled substance in relation to items found during the execution of the search warrant.

ALSHANTI is described as male, 37 years old, 5’10” tall and 200 pounds. He has brown eyes, brown hair, facial hair and speaks with a heavy accent. A photo of ALSHANTI is shown below.

Anyone with information about the whereabouts of ALSHANTI is asked to call the police non-emergency number at 403-266-1234. Tips can also be submitted anonymously to Crime Stoppers by using either of the following methods:

Across Canada
June 5, 2020
Saskatoon, Saskatchewan – Four men are in custody today facing drug trafficking and firearms charges, following an investigation by the SPS Drug Unit. On June 4, 2020, at approximately 2:10 p.m., a traffic stop was [...]