Lethbridge, Alberta – Lethbridge Police have charged a 29-year-old man in connection with a series of incidents where counterfeit $100 were passed at local businesses.

On August 30, 2019 police responded to a report of car prowling in the area of Kinsmen Park. Officers located a male and female matching the description and determined the male was in breach of release conditions stemming from a previous offence. He was subsequently arrested and during a search police seized a counterfeit $100 bill with the same serial number as a string of others that had recently been passed throughout the city. Following further investigation police determined the subject was responsible for multiple incidents between August 22 and August 29 where the fake bills were passed at local businesses including No Frills (x2), Panago, 7-Eleven and a Taber corn stand. 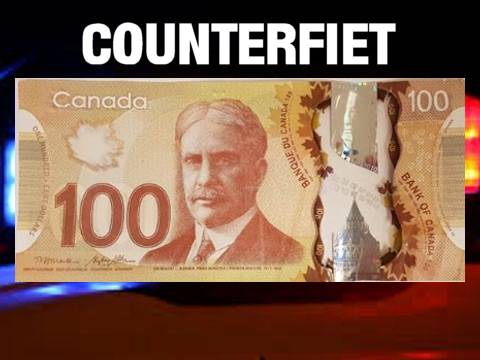 Dyck is scheduled to appear in court October 8.