Lloydminster, Alberta – Collaboration between multiple RCMP Detachments across Alberta and Saskatchewan have resulted in an arrest of three accused and 47 charges being laid.

On July 29, 2020 at approximately 5:00 p.m., Onion Lake RCMP responded to report of a male victim being injured by use of a firearm. The suspects then fled the area in a vehicle. The victim was transported to hospital with serious but non-life threatening injuries. The vehicle was located but the pursuit was called off for safety. A road block was set up by Lloydminster RCMP on Highway 17 as the suspect vehicle was reported to be in the area but it was not located.

At approximately 6:00 p.m., while patrolling for the vehicle, Lloydminster RCMP received a report that the suspect vehicle collided with another vehicle on 46 Avenue in Lloydminster. It is alleged two of the suspects brandishing a firearm attempted to steal a truck but then fled on foot in the area. A few minutes after the report of the collision, the armed suspects attempted another carjacking which resulted in at least one shot being fired at a victim while they were in their car before. The victim was able to drive to safety. 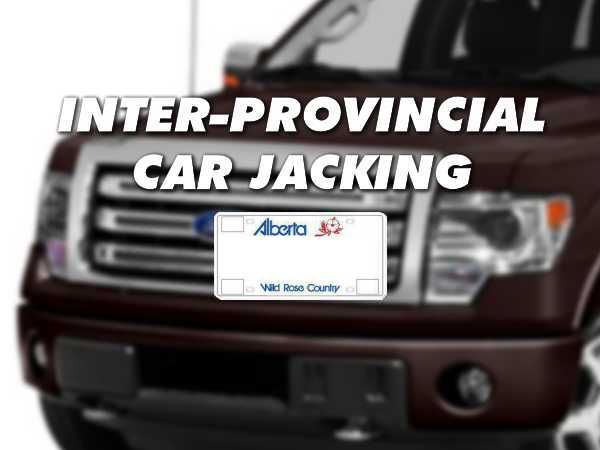 The two suspects then assaulted another victim and stole a separate truck. The truck was located east of Lloydminster by responding officers. A pursuit was initiated but terminated due to public safety as it veered into westbound lanes on Highway 16 into oncoming traffic.

At approximately 6:50 p.m., Maidstone RCMP received a report of another truck being stolen near Highway 16 and Highway junction 303 which was later recovered back in Lloydminster. A female suspect was arrested in the area.

At 7:30 p.m., Maidstone RCMP received a report that a truck that was stuck with two males was near a rural location in Hillmond, SK. The males fled the area before police arrived but were located and arrested while walking on a road nearby.

Lucas Aaron Oakes (24) of Makwa Sahgaiehcan First Nation, SK and Jesse Leigh Heathen (33) of Lloydminster, Alta., were jointly charged with 14 Criminal Code offences, some of which include:

· Discharge of a firearm

Oakes was individually charged with 15 additional offences along with seven offences from the Onion Lake shooting.

Montana Horse (21) of Makwa Sahgaiehcan First Nation, SK was charged with possession of property obtained by crime, possession of a controlled substance, fail to comply (x2). She was also wanted by police at the time of her arrest.

The three accused appeared for a judicial hearing and will be appearing in North Battleford Provincial Court on Aug. 4, 2020.

As these matters are now before the court, no further information will be released.

Lloydminster, Alta. – This evening at approximately 5:55 P.M. Lloydminster RCMP responded to a report of stolen vehicle headed from Saskatchewn into Alberta near Lloydminster.

The vehicle was involved in a collision on 45th Ave and 34 Street where several suspects fled the area and on foot and pointed a firearm at a separate victim. During the confrontation shots were fired and the victims truck was stolen. The victim suffered serious but non-life threatening injuries.

The truck was located east of Lloydminster and a pursuit was initiated but terminated due to public safety as it veered into westbound lanes on Highway 16 into oncoming traffic. The truck was again located driving near Marshall Sask., but fled again.

Lloydminster RCMP along with the RCMP Forensic Identification Unit continue to investigate this incident.

An update will be provided when more information becomes available.

Preliminary information is subject to change.

Saskatchewan RCMP are requesting assistance from the public in locating a stolen brown 2014 Ford-150 pick-up truck with Alberta license plate BSB 9726, with the words and pictures labelled “Sticks and Stones” decals on the back window.

At this time, police believe there is only one male occupant of the vehicle who is in possession of a firearm.

The pick-up truck was last seen at approximately 6:30 p.m., travelling east of Lloydminster, approximately 4 miles from Hillmond, SK, in the Maidstone area. The vehicle was travelling at high speeds and drifting in and out of oncoming traffic.

The occupant of the vehicle is in possession of a firearm. If the vehicle or its occupant is seen, do not approach and call 911 immediately or your local police of jurisdiction.

The investigation is ongoing.