Lethbridge, Alberta – Lethbridge Police are investigating after a 13-year-old boy was approached by an unknown male who attempted to lure him into a vehicle

On Aug. 31, 2020 around noon the boy was walking near the 100 block of Mic Mac Boulevard approaching Red Crow Boulevard when an unknown male in a small grey car pulled over. The driver got out and asked the boy if wanted a ride to the store, offering to buy the child some candy. The boy declined and the male left the area. The boy immediately called his mother to report what happened, staying on the line with her while he ran home. 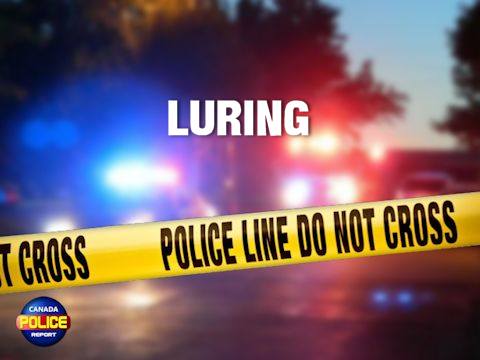 The suspect is described a 20-year-old male, with a darker complexion, curly hair and a thin build. He was wearing a black shirt, ripped jean shorts and spoke with an unknown accent. The vehicle he was driving is described as an older model, small grey car with chipped paint, handwriting on the back bumper and a partial license plate of “120.”

Anyone who recognizes the description or was in the area of Mic Mac Bvld and Red Crow Blvd at the time of the incident and has information that could assist the investigation, is asked to call police at 403-328-4444 or Crime Stoppers 1-800-222-8477. Anonymous tips can also be submitted online at www.p3tips.com.