Westlock, Alberta – During the evening of Nov. 16, 2020, at approximately 11:00 p.m., the Eastern Alberta District General Investigation Section (EADGIS) with the assistance of the Westlock RCMP initiated a pursuit with a male known to be on outstanding warrants. The pursuit lasted nearly two hours and the suspect switched vehicles several times before evading police capture.

During the early afternoon hours of Nov. 17, 2020 at approximately 12:30 p.m., EADGIS with the assistance of the RCMP Emergency Response Team (ERT), Hinton GIS, Western Alberta District Intel Coordinator, Westlock, Redwater, and Athabasca RCMP Detachments, collaborated in the arrest of the same male pursued the previous night.

Daniel Patrick O’Donnell (33) of no fixed address was arrested in Rochester, Alta., after fleeing a property in a stolen vehicle along with another male. ERT initiated a pursuit and the stolen vehicle was disabled. Both males were taken into custody without incident. The additional male was identified as Lorne Kyle Jack Harris (33) of Barrhead, Alta. A search of the vehicle located a loaded, sawed off prohibited shot gun and numerous rounds of ammunition.

Officers also arrested an adult female at the property. Charlie Louise Bronson (35) of Athabasca, Alta., was wanted on an outstanding warrant out of the Barrhead RCMP Detachment.

EADGIS became involved in attempting to locate O’Donnell after a lengthy year long investigation into ATM thefts around the province of Alberta spanning from September 2019 to Nov. 17, 2020. O’Donnell was identified as a suspect in multiple investigations and is alleged to have committed a number of crimes which resulted in significant property damage in the towns of Legal, Slave Lake, Swan Hills, Whitecourt, Edson, Athabasca, Hinton, Barrhead and the Hamlets of Niton Junction and Grand Cache. The ATM thefts were from multiple businesses including a credit union, gas stations, and a lounge. 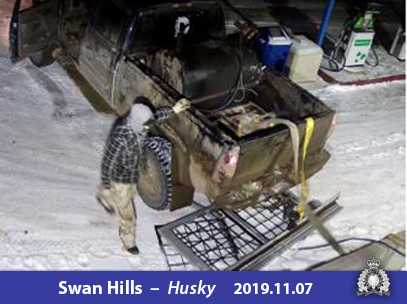 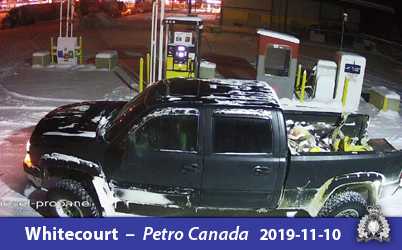 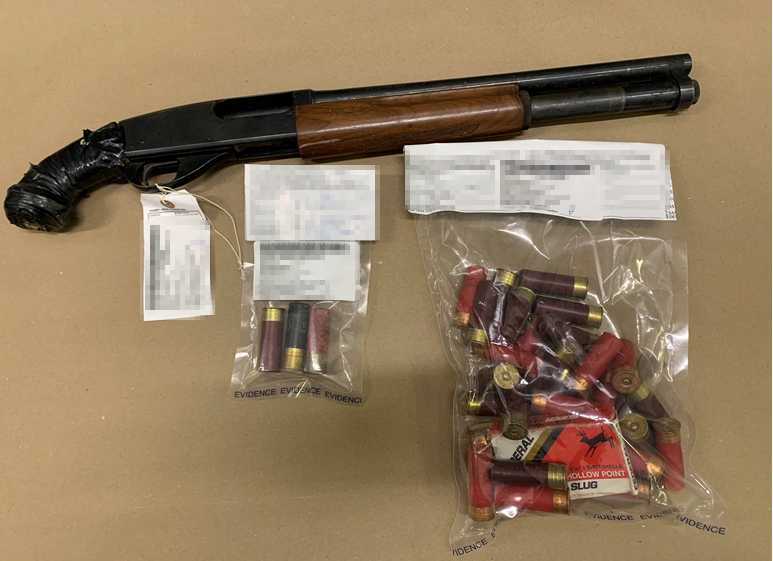 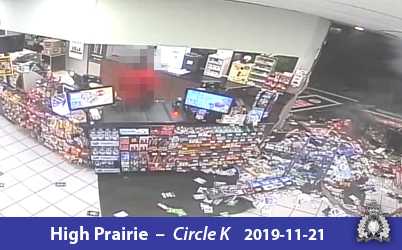 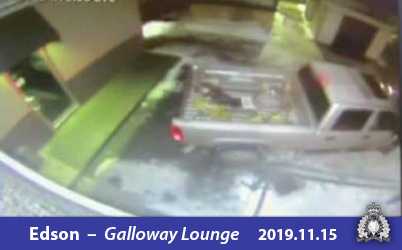 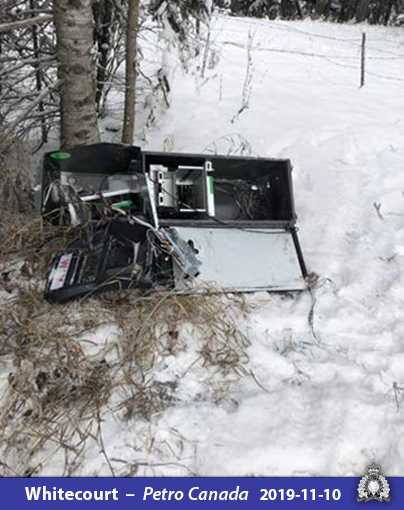 Harris was also identified as a suspect in multiple ATM thefts around the province of Alberta spanning from Oct. 15, 2019 to Nov. 21, 2019. Harris is alleged to have committed a number of crimes which resulted in significant property damage within the towns of Fox Creek, Swan Hills, Whitecourt, Edson, and High Prairie. The ATM thefts were from multiple businesses including gas stations and a lounge.

O’Donnell is facing 60 charges from numerous RCMP detachments across Alberta. Some of the charges include:

· Participation in a criminal organization (x11)

Harris is facing 25 charges from numerous RCMP detachments across Alberta. Some of the charges include:

· Participation in a criminal organization (x5)

Bronson is facing four charges relating to an ATM theft that occurred in High Prairie on Nov. 21, 2019. The charges include:

· Participation in a criminal organization

· Possession of property obtained by crime

The three accused were remanded into custody after judicial hearings with multiple court dates and locations in various jurisdictions where the crimes occurred. During this crime spree, the amount of money stolen from the eight ATM thefts was over $100,000 along with merchandise from separate instances. Damages from these incidents are estimated are estimated to be over $500,000.

“This investigation has resulted in over 80 charges being laid and it continues,” says Corporal Robert Burgess, EADGIS. “We continue to collaborate with multiple RCMP Detachments to bring those responsible for these crimes before the courts.”

EADGIS continue to investigate the ATM thefts that occurred in the towns and Hamlets noted and are asking anyone with information regarding these thefts to contact them at 780-645-8870. If you wish to remain anonymous, you can contact Crime Stoppers at 1-800-222-8477 (TIPS), online at www.P3Tips.com or by using the “P3 Tips” app available through the Apple App or Google Play Store.

** All photos by RCMP

Lloydminster RCMP seize large amount of drugs and cash; “street value of the seized drugs to be over $47,000”