Ottawa, Ontario – Two Quebec men have been arrested and a number of charges laid, including fraud against the government, fraud, forgery and conspiracy, in connection with a lengthy and comprehensive criminal investigation by the National Division RCMP Sensitive and International Investigations section. 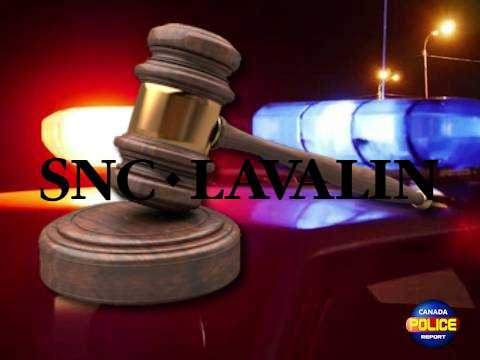 They, along with the corporate entities of SNC-Lavalin Inc. and SNC-Lavalin International Inc., have each been charged with the following offences under the Criminal Code of Canada:

Conspiracy to commit fraud against the government (465/121 C.C.)

“This was a lengthy and highly complex investigation, and I’m proud of the consistent and professional work of our team,” says Inspector Denis Beaudoin of the National Division RCMP Sensitive and International Investigations section. “As a result of their continued dedication, evidence was identified and gathered over a number of years, which has ultimately resulted in the charges announced today.”

National Division Sensitive and International Investigations is mandated to investigate criminal activity that poses a threat to Canada’s government institutions, public officials, the integrity of the Crown, or that imperils Canada’s political, economic and social integrity.

“We remain committed to disrupting, deterring and preventing both domestic and foreign corruption, and aim to bring individuals and companies involved in these types of crimes to justice, regardless of when they were committed,” adds Insp. Beaudoin.

Normand Morin and Kamal Francis were released from custody and are scheduled to appear in a Montreal court on September 27, along with representatives for SNC Lavalin Inc. and SNC Lavalin International Inc.