Calgary, Alberta – We are investigating a sexual assault that occurred in the northeast community of Country Hills Village in August and are seeking public assistance to identify the suspect.

At approximately 9 p.m., on Tuesday, Aug. 17, 2021, a female youth was waiting for a bus at a Calgary Transit terminal, located at 11900 Country Village Link N.E., when she was approached by an unknown man.

The man engaged the victim in conversation and asked where she was travelling. After a short interaction, it is believed that the man sat down beside the victim and touched her inappropriately. The victim then left the transit shelter to catch a bus.

The suspect followed the victim onto the bus, sat down beside her again and is believed to have sexually assaulted her. The bus was sitting idle and the transit driver noticed something was off between the two passengers, became concerned for the victim and intervened. The suspect then argued with the transit driver and departed the bus. The suspect was seen leaving the area on a bicycle in a southbound direction while carrying three shopping bags.

The suspect is described as 5’10’’ to 5’11” tall, approximately 35 years old, with a medium, muscular build. He was wearing a collared long sleeve shirt, had a noticeable scar or scab above his left eyebrow, and had black hair that was cut shortly on both sides, longer on top and made a V formation at the back of his head. 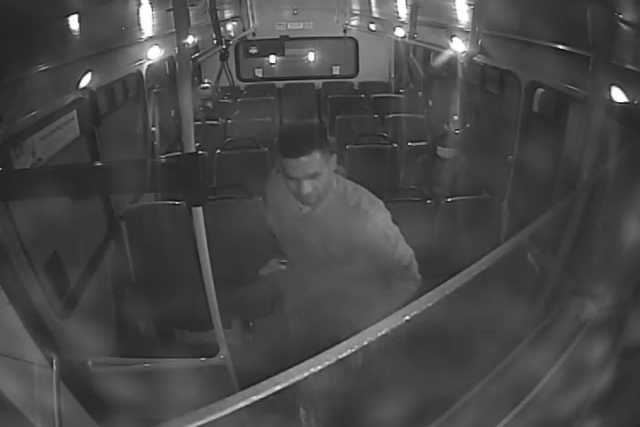 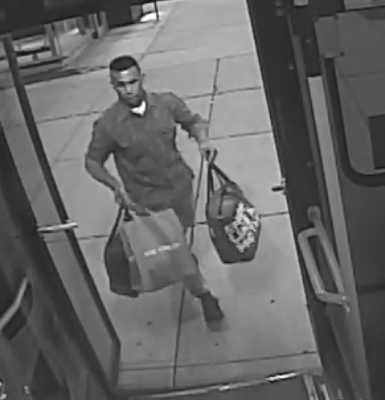 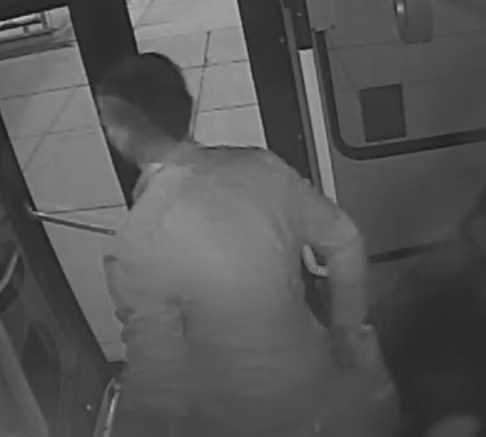 We are asking for the public’s help to identify the suspect in this case and are releasing images and video footage of him.

Anyone with information about this incident, or the identity of the suspect, is asked to contact us by calling 403-266-1234. Tips can also be submitted anonymously to Crime Stoppers through any of the following methods: