Penhold, Alberta – On Sept. 24, 2021, as a result of a week-long investigation, RCMP Southern Alberta District Crime Reduction Team (SADCRT) and Innisfail RCMP arrested two males for allegedly being in possession of stolen property exceeding $5,000.00, outstanding warrants, as well as possession of cocaine, fentanyl and crystal meth.

SADCRT working in Innisfail, observed a pick-up truck hauling a flat deck trailer. Checks on the trailer determined it was stolen from Sylvan Lake. The vehicle was monitored until it pulled into a gas station in Penhold. RCMP entered the gas station and placed the driver under arrest. The suspect then attempted to flee by running out of the store, however was apprehended a short distance away. A second suspect, a passenger in the pick-up was arrested with out incident.

As a result of the investigation, a Ford F350 stolen out of Penhold, a flat deck trailer worth $20,000.00 stolen out of Sylvan Lake, Alta., hydraulic fittings, and a converted utility trailer containing unique tools worth $100,000.00 that was stolen out of Innisfail, were recovered and returned to their owners.

· Driving a motor vehicle while unauthorized and with no insurance

Clark also had three outstanding arrest warrants for a total of eight charges; six counts of failing to comply with release order, fail to stop for a peace officer and driving a vehicle while unauthorized. 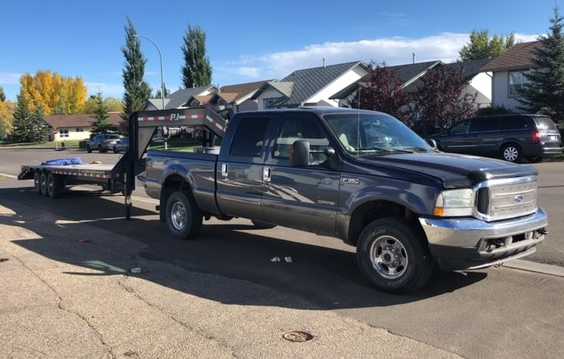 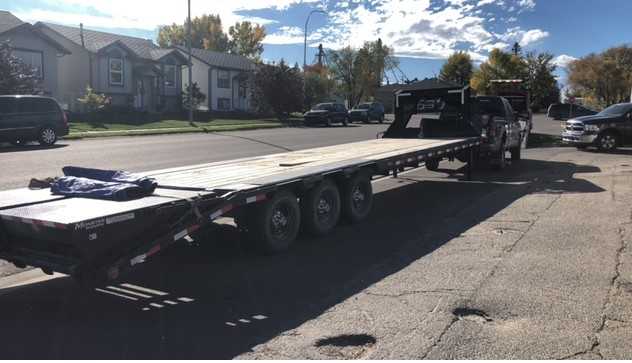 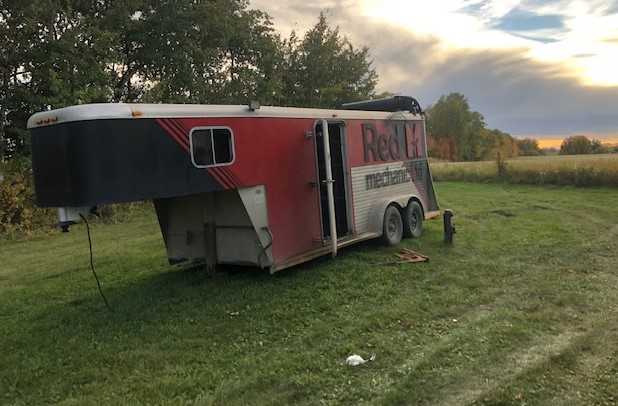 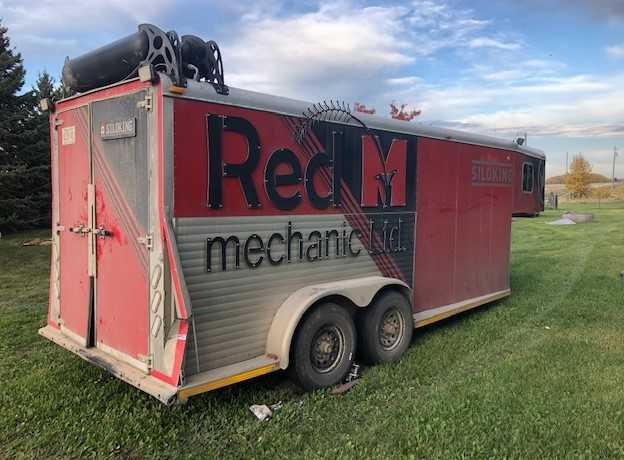 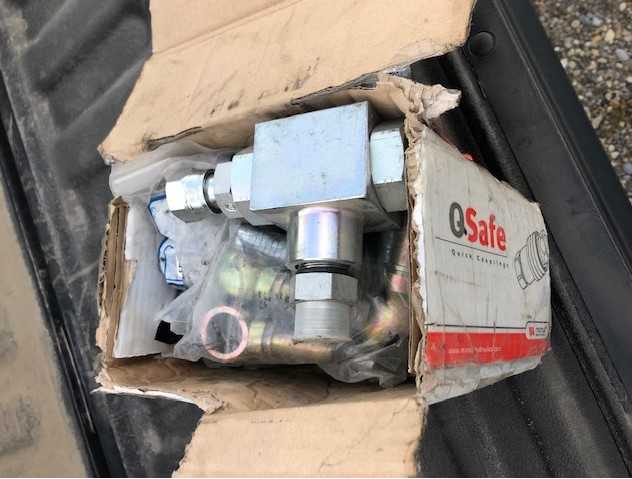 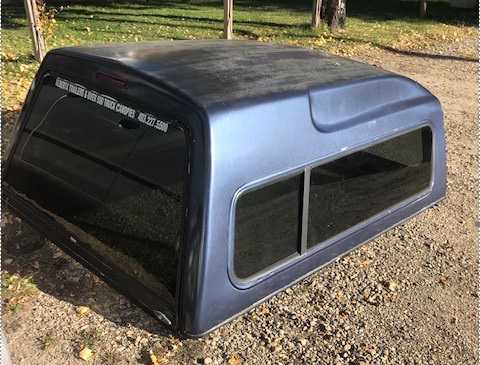 Trevor Taylor (42) of Lacombe, Alta., was charged with:

Both accused are next scheduled to appear in Red Deer Provincial Court on Oct. 22, 2021. Clark has been remanded to custody and Taylor has been released from custody on a Promise to Pay.

Many of the stolen tools are still outstanding and RCMP are asking if anyone has information to please contact their nearest RCMP Detachment or local police.

If you wish to remain anonymous, you can contact Crime Stoppers at 1-800-222-8477 (TIPS), online at www.P3Tips.com or by using the “P3 Tips” app available through the Apple App or Google Play Store.