Edmonton, Alberta – EPS Homicide investigators are releasing surveillance images surrounding the June 2, 2021 murder of Xavier Chartier, in hopes that someone can help identify several persons of interest in connection to the death of the 30-year-old male.

At approximately 1:30 a.m., Wednesday, June 2, 2021, Southwest Division patrol members responded to a call for assistance near 98 Street and 78 Avenue. Upon arrival, patrol members found Chartier in medical distress nearby and commenced life-saving measures. Paramedics subsequently arrived, then treated and transported Chartier to hospital, where he would later succumb to stab wounds incurred from an altercation.

Just prior to the altercation, at approximately 1:15 a.m. that Wednesday morning, Chartier was observed on video surveillance walking eastbound in an alley between 80 Street and 79 Avenue. There were three males with him at that time, who police would like to identify and speak with.

At approximately 1:24 a.m., video surveillance captured a cyclist and a male pedestrian travelled north on 99 Street, before turning east onto 80 Avenue. The cyclist shouted back to the pedestrian, “What’s the buzzer?” Police would like to identify and speak with both of these individuals, as well.

Police wish to identify another unknown male wearing a red bandana, tank top and jeans (see dropbox link below), who may also be associated to this investigation. Investigators believe this male may have been residing in the area near 99 Street and 82 Avenue in the spring/summer of 2021. 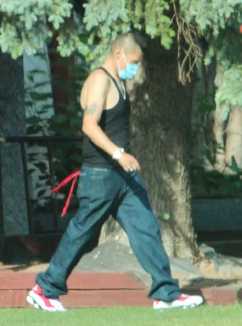 Close to 1:30 a.m. that morning, an injured Chartier sought assistance at a residence on 78 Avenue, east of 99 Street. Investigators believe Chartier was with another male at that time, though he left prior to the arrival of EMS personnel. Police would like to speak with this male, who may have witnessed the altercation and/or provided assistance to Chartier.

Police also recovered a Peugeot bicycle at the crime scene. This bicycle was observed circulating in the area just prior to the altercation. The bike is unique as the front wheel is noticeably larger than the rear wheel. The rear wheel is also painted red. Homicide detectives would like to speak to anyone with information about the bicycle. 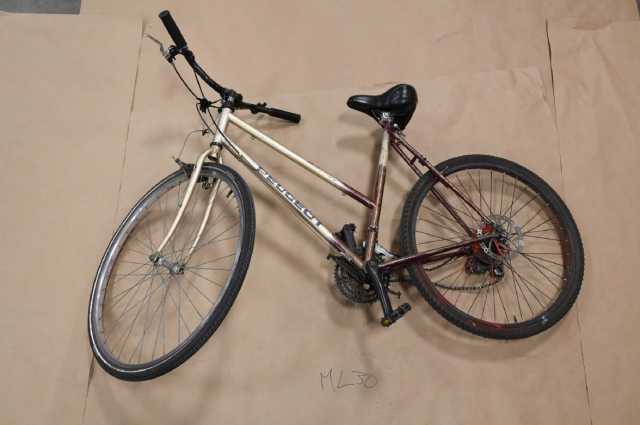 Investigators are asking anyone with information regarding these individuals, the bicycle or this homicide to contact EPS at 780-423-4567 or #377 from a mobile phone. Anonymous information can also be submitted to Crime Stoppers at 1-800-222-8477 or online at www.p3tips.com/250.