M.D. Taber, Alberta – Taber, Alberta – In mid November, the Southern Alberta Crime Reduction Unit (SACRU) and the Taber RCMP entered into a joint investigation after numerous break, enter and thefts were reported outside the city of Taber in the rural area.

Shortly after the initial 911 call, a second 911 call was received from a second victim for an incident in the same area where an unknown suspect had pointed a firearm at him from a pick-up truck.

Taber RCMP with the assistance of Taber Police Service, set up containment in the area while additional resources including the RCMP Emergency Response Team (ERT) and RCMP Police Dog Services (PDS) were deployed to assist.

The preliminary investigation determined there were two suspects involved. 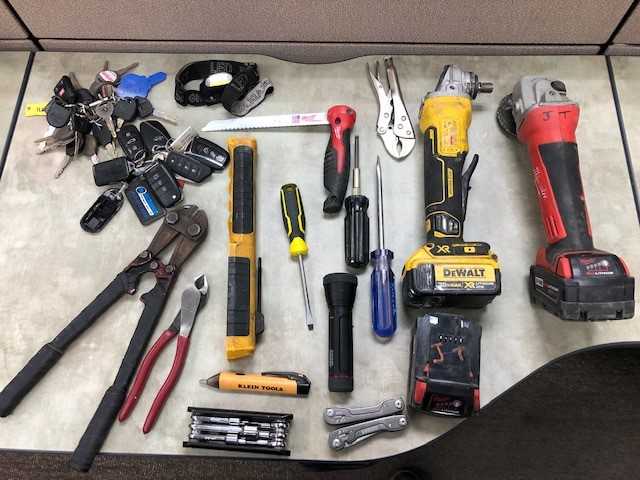 PDS located one suspect approximately two miles from the scene. He was arrested without incident and identified as Brent Madill (42) of Calgary. The second suspect was identified as Gino Policarpo (36) of no fixed address. Policarpo was not immediately located and warrants for his arrest in relation to the incident were obtained.

Madill has been charged with:

· Possession of a controlled substance (CDSA)

· Operate a motor vehicle with no insurance (TSA)

After a judicial hearing, Madill did not speak to bail and was remanded to next appear in Lethbridge Provincial Court on Dec. 22, 2021.

SACRU moved in to arrest Policarpo at a gas station in the area of 42 Avenue Southeast and Blackfoot Trail, however Policarpo fled on foot and a chase ensued.

He was caught by police but broke free and took off again. When the police caught up with him a second time, Policarpo produced a knife towards the police officer in a threatening manner and then continued to flee.

Policarpo ran across 42 Avenue, through a parking lot and attempted to climb over a chain link fence. He became tangled in razor wire. SACRU arrested Policarpo and freed him from the razor wire. Policarpo suffered lacerations from being entangled, which required medical attention.

Policarpo was taken to hospital where he was treated and released back into police custody.

Gino Policarpo (36) in relation to these incidents, has been charged with:

· Break and enter to commit theft

· Possession of a weapon dangerous to public

· Drive with no insurance (TSA)

Policarpo was also arrested on outstanding warrants from an unrelated occurrence for:

Policarpo was held for a judicial interim hearing and did not speak to bail. He will next be appearing in Lethbridge Provincial Court on Nov. 25, 2021 via CCTV.

Craig Quesnell (43) of Calgary was arrested and has been charged with:

· Possession of a weapon dangerous to public

· Fail to comply with court order

· Possession of a controlled substance

Quesnell also was arrested on several outstanding warrants, some offences include:

· Possession of stolen property over $5000

· Break and enter to commit theft

Quesnell was remanded to custody after a judicial release hearing and will next be appearing in Calgary Provincial Court on Nov. 24, 2021.

The third male fled the scene and was not located.

Five stolen licence plates as well as a substance believed to be fentanyl and break-in tools were seized.

SACRU are looking for the owners of a sniper air soft rifle and a pellet gun that were also recovered. Please contact the Crime Reduction Unit at 587-439-3259 or 403-462-7217 if you believe these items may be yours.

As these matters are now before the courts, no further details surrounding the investigation can be provided.