Leduc, Alberta – On Dec. 21, 2021, at 10 a.m., Leduc RCMP, in partnership with the City of Leduc, held a Catalytic Converter Theft Prevention event, “You Etch It. We Catch It” at the City of Leduc Operations Building located at 4300 56 Avenue in Leduc.

This event highlighted a new crime prevention strategy and a demonstration was given of the etching of the vehicle identification number (VIN) number onto a catalytic converter of a vehicle. Leduc RCMP has recognized that theft of catalytic converters is a problem in our community and the lack of ability to identify a victim has created challenges for police in solving these crimes.

Officers of Leduc RCMP Detachment have, on many occasions, found suspects with catalytic converters in their possession; however, we have been unable to prove they were stolen or return them to their rightful owners due to a lack of identifying information connecting them to the rightful owner. 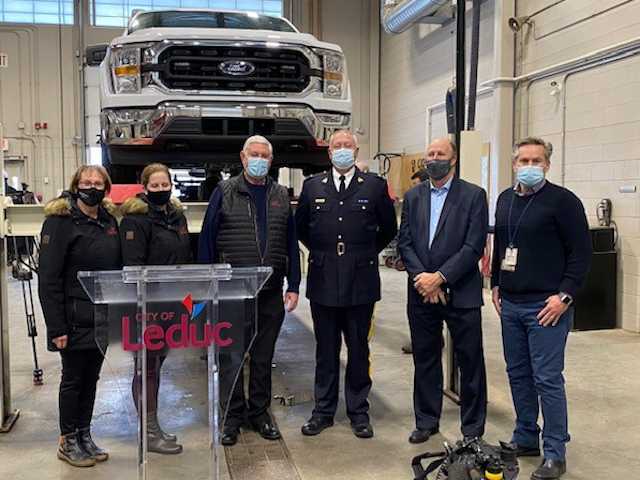 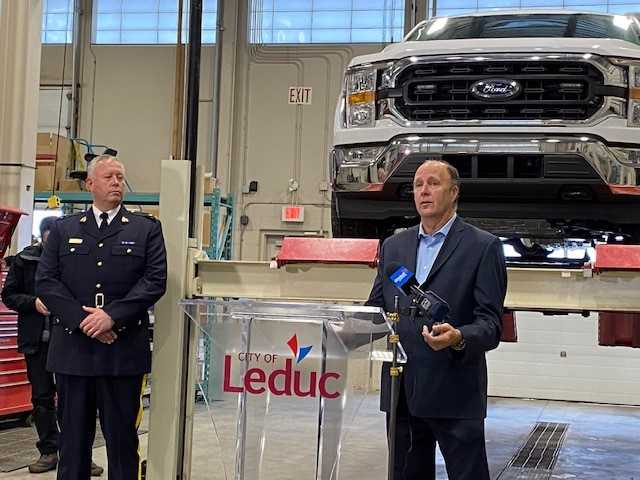 Leduc RCMP, in partnership with the City of Leduc, developed a crime prevention strategy to assist police with these investigations. This program will be used at businesses in the City of Leduc who choose to join the “You Etch It. We Catch It” program. The program involves etching the last eight digits of the VIN onto the vehicle’s catalytic converter—at no cost to their customers. The VIN serves as an identifier that will assist police in identifying the stolen part, should it get stolen.

This etching program will assist police in identifying the victims of these types of crimes, return property to the rightful owner and may also act as a deterrent to criminals, since metal scrap recycling centers have been informed that marked catalytic converters are likely stolen and should be reported to police. This program will also increase the likelihood criminals committing these offences can be held accountable for their actions.

City of Leduc will be providing engravers free of charge to partnering businesses who require one to participate in this program.

Any member of the public who wishes to participate may contact participating local businesses.

Tips to prevent theft of catalytic converters from being stolen include:

· Park in well-lit areas and close to building entrances, when possible.

· Park your vehicle inside your garage and keep all garage doors shut and locked.

· Park in an area that is under video surveillance.

· Business owners should secure their vehicles behind locked fences or inside a locked building.

· Set your car’s alarm to go off when it detects vibration.

· Engrave your vehicle identification number (VIN) on the catalytic converter. This may alert a scarp metal dealer that it was stolen and makes it easier for police to identify the owner.

· Report to local police, if you see anyone underneath a vehicle or around a resident/business at odd hours of day or night.

“We hope that this program continues to grow from here and that more businesses continue to sign-up,” says Inspector Jeff McBeth, Officer in charge of Leduc RCMP. “We want to keep these catalytic converters on the vehicles in our community and out of the criminal’s hands.”

Leduc RCMP would like to remind the public, that if they see suspicious activity, or hear sawing/grinding noises at night, or witness a crime in progress, call 911 immediately. To report a crime that is not in progress, call the Leduc RCMP at 780-980-7267.