The preliminary investigation revealed a southbound SUV and northbound SUV collided head on coming to rest in the northbound lane of Highway 93.

EMS responded from Banff, Canmore and Stoney Nakoda Nation as well as Radium/Invermere, B.C. to treat the seven occupants who were ultimately transported to several hospitals in Calgary. Injuries ranged from serious to minor in nature. EMS from B.C. was not required to transport. 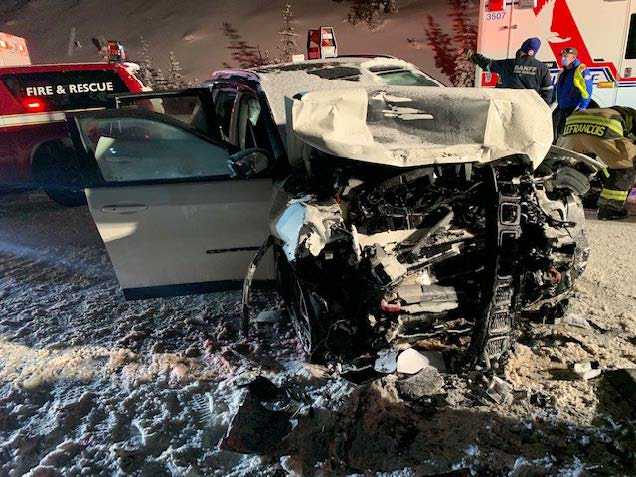 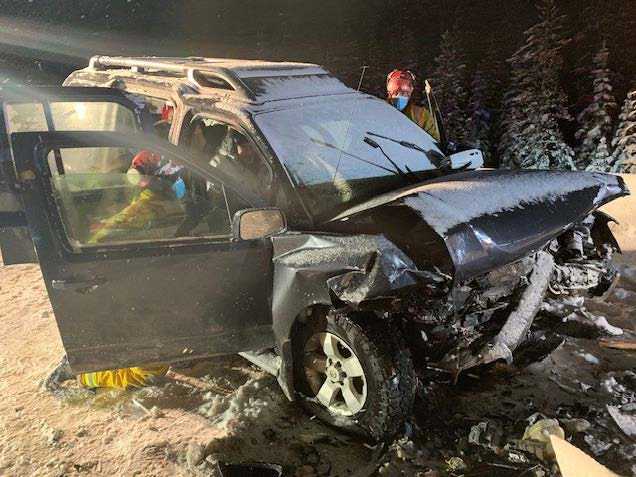 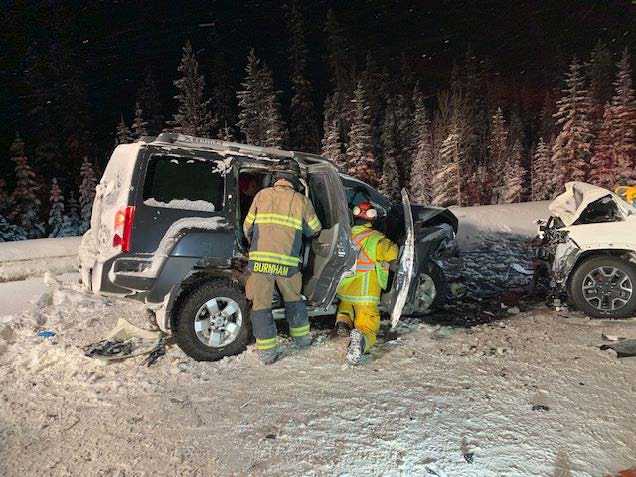 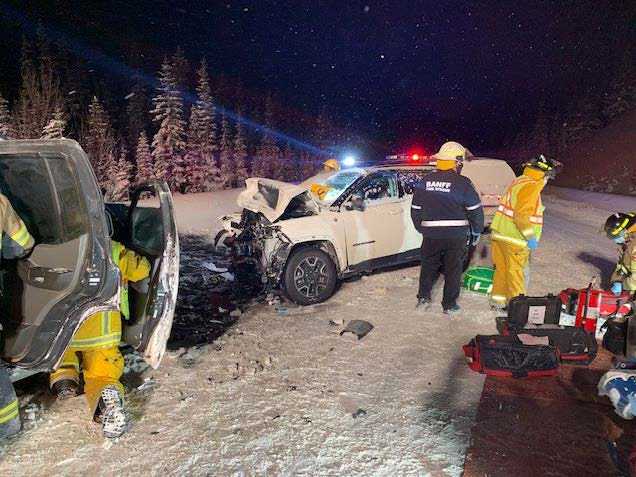 The southbound SUV was operated by a 65-year-old male and had a male passenger (27) and two female passengers aged 33 and 5 years old. All were from the Columbia Valley, B.C.

The winter road conditions at the time were severe with snow and ice covering most of the road way as well as fresh snow falling and wind making for poor driving conditions.

The cause of the collision is still under investigation.

Banff RCMP are asking anyone who witnessed the collision to contact Banff RCMP at 403-763-6600 or your local police. If you wish to remain anonymous, you can contact Crime Stoppers at 1-800-222-8477 (TIPS), online at www.P3Tips.com or by using the “P3 Tips” app available through the Apple App or Google Play Store.