Barons, Alberta – North and southbound traffic flow on Highway 23 south of the village of Barons has resumed.

The RCMP would like to thank the public for their patience and co-operation.

For the most up-to-date information on the road closure, please visit 511 Alberta.

Barons, Alberta –(3:25 PM)  Traffic on Highway 23 south of the village of Barons remains re-routed and is anticipated to continue for a few more hours while the derailment is cleared.

The train which was northbound is reported to have had an engine derail and a few empty fuel cars have tipped over. 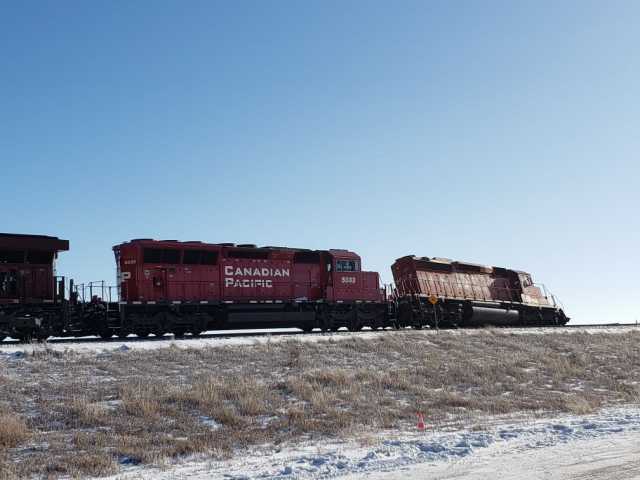 There are no injuries reported.

The derailed engine, as a result of the angle it is at currently is resting at, is causing diesel fuel to leak from the fuel entry point.

CP Rail as well as a Hazmat Team are responding from Calgary.

Traffic on Highway 23 is being re-routed to allow crews to work and is expected to last several hours.

The public is asked to avoid the area of the derailment.

An update will be provided once traffic flow has resumed on Highway 23.