West Shore, BC – Recently, an off duty officer with the West Shore RCMP diverted a commercial flight after a passenger went into premature labour.

On February 20, 2022, Constable Rob Renner boarded a flight after completing a demanding graveyard shift. Falling asleep shortly after takeoff, he awoke to the sound of the flight crew announcement requesting any doctors or nurses to identify themselves.

Cst Renner immediately raised his hand and told flight crew he was a former nurse. He learnt there was another passenger who had possibly gone into labour. The woman, 28 year-old Sadie Ussak, from Arviat, Nunavut, told him she was only 31 weeks pregnant. Realizing the severity of the situation, Cst Renner took over responsibility of care, drawing on his previous medical training. Together with the flight crew, Cst Renner ensured Mrs Ussak was taken to a safe location on the plane to ease her discomfort and afford her privacy while further medical care was provided. 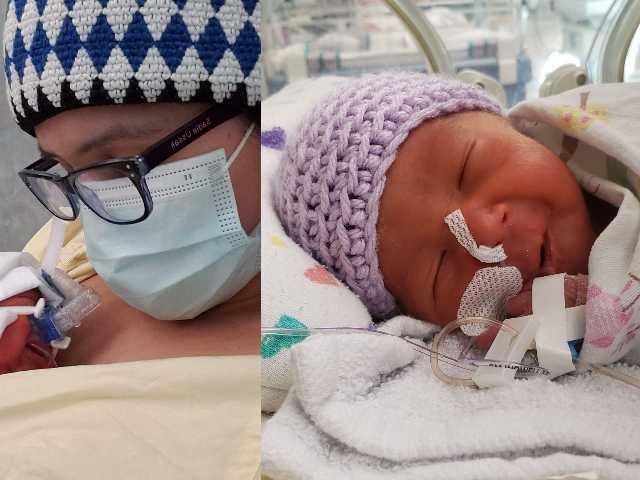 After monitoring her contractions and determining she was in fact in premature labour, Cst Renner directed the pilot to divert to the nearest hospital. Cst Renner was acutely aware of the risks associated to premature labour and the limitations of their capabilities on the plane. A proper neonatal team is essential to premature infant survival.

“He was calming me down and telling me I was going to be okay, it felt good to have him there,” says Mrs Ussak.

The plane made a successful diversion to Thompson, MB where an ambulance met the flight and transported Mrs Ussak to the Thompson General Hospital.

“I was really happy to be in the right place at the right time and able to help Mrs Ussak get to the hospital as quick as possible to have her baby,” says Cst Renner.

Cst Renner’s ability to step up and render aid in a crisis has been a consistent part of his career choices and path taken thus far. As a young man, he knew he was called to service, with a draw to law enforcement. He joined the Canadian Forces and served as a member of the Military Police, leading to a deployment to Sinai in 2017. Throughout his time in the Canadian Armed Forces, he pursued his schooling, becoming a registered nurse, leading to another 9 years of serving his communities in a different way, including a Humanitarian mission in Haiti. Realizing his desire to further work in law enforcement, Cst Renner joined the Royal Canadian Mounted Police in 2020 and was posted to West Shore Detachment.

Despite the demands of working full time as a member of the RCMP, Cst Renner has maintained his service with the Military, currently as a Reservist. On April 13 of this year, he received his Long Service Medal from the Canadian Armed Forces.

As for the impatient little one who didn’t like being on her first flight? Baby Larissa Ussak was born just after 1:00 A.M the next morning, weighing in at 3 ½ lbs. Both baby and mom were found to be healthy, having suffered no ill effects from Larissa’s unconventional start to life. They are now home and thriving, with a great story to tell.