Nanaimo, BC – The Nanaimo RCMP is asking for the public’s assistance in identifying the individuals shown in the attached photos. It is alleged that at approximately 10:30 PM on Tuesday March 22, 2022, several expensive bottles of Scotch whiskey were stolen from the Landing Liquor Store, located in the Brooks Landing Mall. When confronted by staff, the male suspect, shown in the attached photo, produced a canister of bear spray and discharged it in the vicinity of the employee while fleeing with the booze. The two women shown are believed to have been used to distract the employees while the male suspect selected the liquor bottles.

Police attended and spoke with the employees. Medical aid was offered to both employees but was declined. The employees told investigators that it was evident to them that the two women were attempting to keep the employees occupied while the male selected the bottles. When the male suspect was confronted and told that 911 was being called, he discharged the bear spray in the exit area of the store then fled on foot into the parking lot. Police searched the surrounding area for the suspects but were unable to locate them.

The male suspect is in his mid 20’s, approximately 6 ft. 2, dark gelled hair and was wearing white runners with a zipper. One of the women is believed to be Indigenous, heavy set and was wearing a long grey jacket with a red hoodie underneath. The other woman was Caucasian, with a slim build, wearing a black and yellow face mask, and a black hoodie with a white triangular logo on the front. 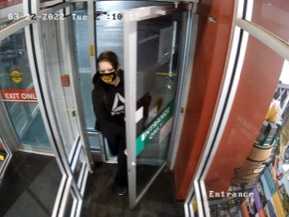 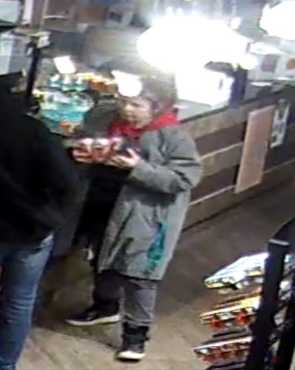 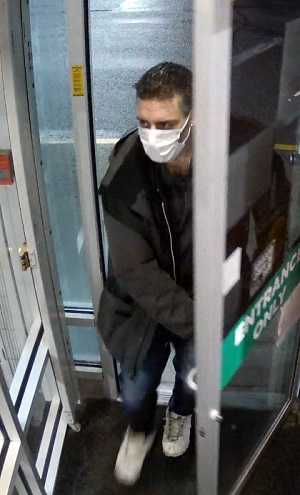