RM of Headingley, Manitoba – On June 1, 2022, at approximately 6:30 pm, Headingley RCMP received a report of a male with a knife at a business on the Trans-Canada Highway in the RM of Headingley. The male was smashing things and brandishing the weapon in a dangerous manner.

When RCMP officers arrived on scene, they immediately cleared the premises of all civilians. Officers then attempted to speak to the male, but he was in a highly agitated state and had a large fixed blade knife. 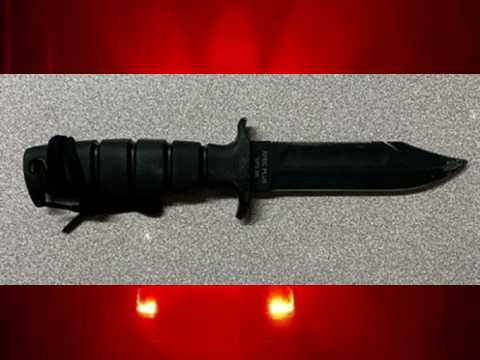 The 39-year-old male from Ontario began to harm himself by running into fixed objects inside the business. Officers deployed a conducted energy weapon, bringing the male to the ground, where he was promptly arrested for his safety as well as that of the police. The knife was seized.

The male suffered minor physical injuries from self-inflicted harm and was transported to hospital to be treated. When the male was medically cleared, he was formally arrested for Mischief and Possess Weapon for a Dangerous Purpose. He was released with a court date.