The school bus was left locked but unattended with the keys inside, parked on the road near Misericordia Hospital in Edmonton.

Further details will be provided once charges have been laid.

Investigation revealed that the school bus had been stolen from an Edmonton hospital earlier that day. It did not have any children on board. 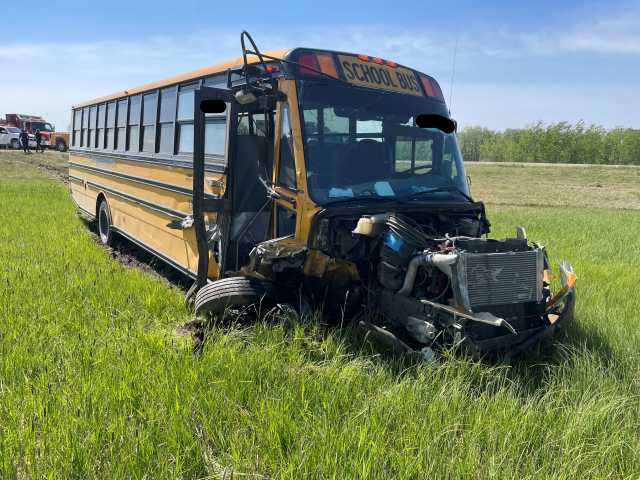 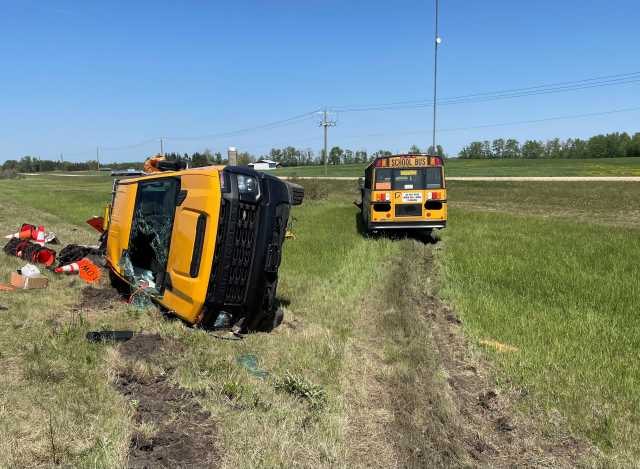 The driver was grossly intoxicated and allegedly collided with a barrier truck at a construction site before driving over an unoccupied pick-up truck and then into the ditch. Fortunately, none of the construction crew were injured.

The driver has suffered minor injuries and was transported to hospital. Charges are expected to be laid at the completion of the investigation.

The roadway was temporarily blocked but is partially open now.