Lethbridge, Alberta – Lethbridge Police have charged a Calgary man and seized drugs with a value of more than $337,000 following a drug trafficking investigation Wednesday. 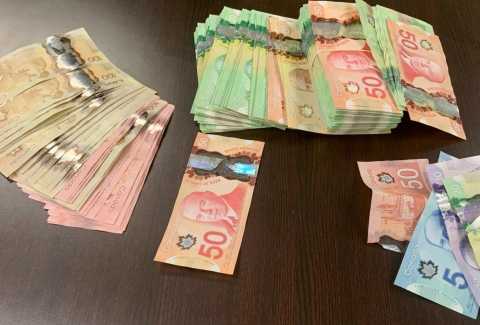 Members of the Crime Suppression Team (CST) and Property Crimes Unit (PCU) began an investigation after observing activities consistent with drug trafficking. A drug search warrant was obtained and members of the CST and PCU, with the assistance of the Traffic Response Unit, arrested a male without incident in the 300 block of Mayor Magrath Drive North.

As a result of searching his vehicle and a residence in the 1900 block of 12 Avenue South, police seized the fentanyl, 3,597.5 grams of methamphetamine – which is one of the largest seizures of that drug locally – and 192.5 grams of cocaine, as well as $14,085 cash (proceeds of crime).

Danny Truong, 22, has been charged with three counts of possession for the purpose of trafficking a controlled substance, and one count of possession of the proceeds of crime over $5,000.

He remains in custody while awaiting a Judicial Interim Release hearing.

No further details are being released at this time.