Barrhead, Alberta – Barrhead RCMP have laid charges again a repeat offender who was observed actively selling drugs at a residence in Barrhead. In early July 2022, RCMP began an investigation into suspicious activity at the residence. As a result of the investigation, on July 10, 2022, RCMP executed a search warrant at the home.

As a result of the search, RCMP seized:

· 1 Rifle with a mix of original and 3D printed parts

· 1 Glock handgun that was in the process of being completed 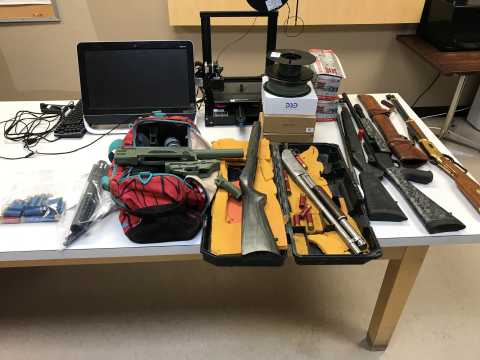 RCMP have charged Lorne Kyle Jack Harris (35) of Barrhead with:

· Possession for the purpose of Trafficking in a controlled substance (x3)

· Possession of a controlled substance

Harris has been remanded in custody with his next court appearance set for July 20, 2022 at Barrhead Provincial Court

“Repeat offenders who are actively selling drugs and guns presents real dangers to a community,” says Sergeant Bob Dodds Barrhead RCMP. “We are pleased to have removed these dangerous drugs and guns from those that can do harm.”