Edmonton, Alberta – The Edmonton Police Service has charged two people following a robbery investigation that resulted in the seizure of a handgun and hundreds of thousands of dollars in fentanyl.

On Saturday, June 25, 2022, police responded to the report of an armed robbery at a multi-unit residence in the area of Manning Drive and Ebbers Blvd. It was reported to police that a male attended the address to make a purchase. When he arrived, the occupants of the suite reportedly presented a firearm and took his money. The complainant was not injured.

Police attended the address and took a male and female inside the suite into custody without incident. Following the arrests, officers obtained a search warrant for the suite. Inside they located a loaded handgun and approximately five kilograms of fentanyl with an estimated street value of $760,000. Photos of the items seized are included below. 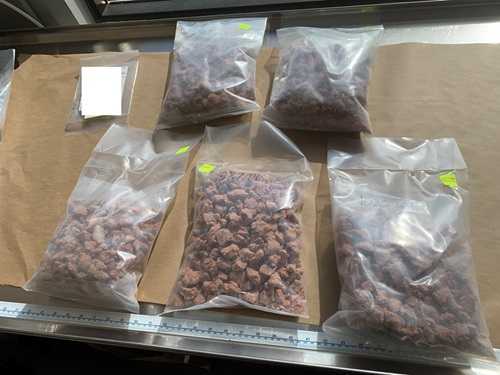 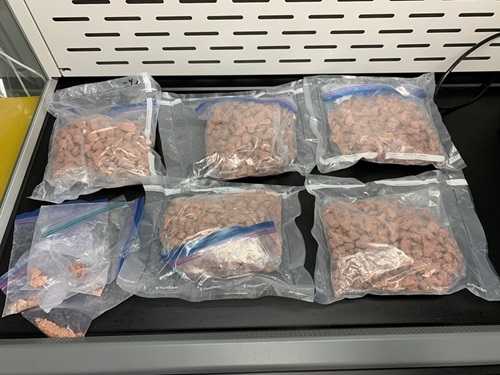 Jennifer McGagherty, 30, has also been charged with robbery with a firearm and possession for the purpose of trafficking.

The complainant and the accused are not known to one another, and the purchase was not related to the firearm or drugs seized.

“Five kilograms of fentanyl is a substantial seizure, and we are hopeful that it will significantly disrupt this distribution network,” says Staff Sergeant Ahmed Alkarout with the EPS Northeast Investigative Response Team (IRT). “Every amount of illegal fentanyl we can remove from city streets is certainly a life saved.”