Fort Good Hope, Northwest Territories – After an exhaustive, two-day police search for the lone suspect in the multiple stabbing incident in Fort Good Hope, Thadeus McNeely (24) has turned himself in without incident. He has been arrested and will be remanded into police custody.

Residents of Fort Good Hope can expect to see ongoing influx of police officers in their community as they secure the crime scene, collect evidence and continue their investigation. Northwest Territories RCMP leadership will also continue to work with the community leaders to keep them apprised of updates as this investigation continues.

“I would like to once again relay my appreciation to the members of the Fort Good Hope community for their overwhelming show of support to our officers while they searched for the suspect these last couple of days,” says Superintendent Jeffrey Christie, Criminal Operations Officer of the “G” Division RCMP. “I also would like to thank the media for the quick dissemination of information. The safety of the community was and is our number one priority and we thank all those who assisted in providing information or sharing the information we needed in securing an arrest.”

The RCMP is still encouraging anyone with information on the incident to call the local RCMP detachment at 867-598-1111. Your information, however insignificant you may believe it to be, is important in our ability to conduct a fulsome investigation. 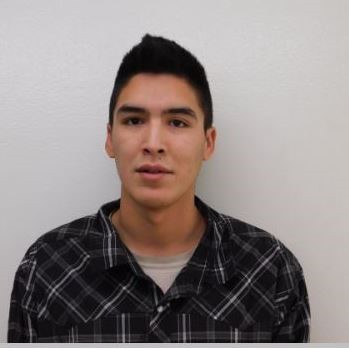 The Northwest Territories RCMP is continuing their investigation into the multiple stabbing incident in the community of Fort Good Hope, which occurred in the evening of September 20, 2022.

The RCMP responded within minutes of the initial report at approximately 8:36 p.m. Three victims were located near the property believed the primary crime scene, one of whom is deceased and the two other received significant injuries, and have been receiving medical treatment.

Investigators believe this to be an isolated and targeted incident, where the suspect and victims are known to each other. The motive for the attack is still under investigation.

24-year-old Thadeus McNeely, a resident of Fort Good Hope, has been identified the lone suspect. His whereabouts are currently unknown.

McNeely Is described as;

There is an ongoing and active police presence in the community in an effort to locate McNeely. While the emergency alert that was issued on the evening of September 20 asking for residents to shelter in place has since been rescinded, police are asking the community to remain vigilant as the suspect is believed to be armed and dangerous. Please continue to report any suspicious activity to the local detachment at 867-598-1111 or 911

A number of police resources have been mobilized to assist with the search of the suspect, from the Northwest Territories RCMP (G Division) Major Crimes Unit who is leading the investigation, to G Division Identification Services, Fort Good Hope RCMP, Critical Incident Programs (Emergency Response Team and Police Dog Services) from G Division, K Division (Alberta), and E Division (British Columbia). The G Division Emergency Operations Centre in Yellowknife has also been activated in support of police personnel and logistics. The RCMP are asking residents not to share the locations and movements of our officers to ensure their safety.

“We appreciate the tremendous community support we have been receiving, from businesses and local residents offering assistance with food delivery to our officers on the ground, to providing vital information on the suspect and possible sightings in the community,” says Superintendent Jeffrey Christie, Officer in Charge of Criminal Operations in the Northwest Territories. “I want to let the community know that we will sustain our police operations until the matter is resolved peacefully when the suspect is located and in our custody.”

The RCMP would like to acknowledge that this incident is concerning and traumatic for those in this isolated community of Fort Good Hope. Our top priority is to keep the public safe and we are working with Victim Services alongside the community to ensure we have the right resources in place to offer assistance.

We will continue to brief local leaders on our ongoing policing efforts, and share further updates with the members of the community as more information becomes available.

Throughout the night, additional RCMP resources were sent to Fort Good Hope, and as such, the request for residents to shelter in place has been lifted. However, there remains a recommendation for residents to remain vigilant.

As police presence increases within the community of Fort Good Hope, the RCMP would ask residents not share the locations and movements of our officers. Updates will be provided when possible.

“The RCMP are seeking assistance from anyone who might have information regarding this incident, or the possible location of the suspect,” says Superintendent Jeffrey Christie, Criminal Operations Officer of the “G” Division RCMP.