Airdrie, Alberta – On Oct. 6, 2022, at 8:11 p.m., Airdrie RCMP responded to an injury collision involving two motorcyclists and a moose. Two motorcyclists were travelling westbound on Highway 574 near Range Road 21 in Rocky View County when a moose entered the roadway. The lead motorcyclist struck the moose; the second avoided the moose entering the ditch. 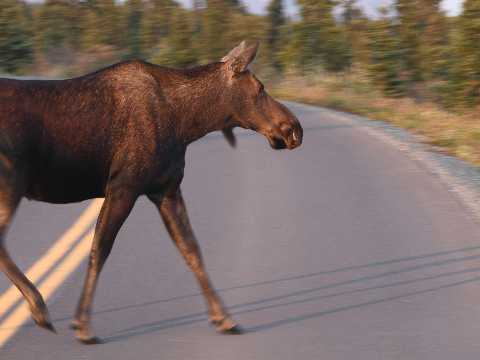