Burnaby, BC – The Integrated Homicide Investigation Team (IHIT) has made an arrest in the homicide of Burnaby RCMP Constable Shaelyn Yang, with a charge of first degree murder being laid in consultation with the BC Prosecution Service (BCPS).

On October 18, 2022, at approximately 11:05 a.m., Burnaby RCMP were called to assist with a complaint relating to a transient camp near Broadview Park and Canada Way, in Burnaby. During the call to service, Cst. Shaelyn Yang of the Burnaby RCMP’s Police Mental Health and Homeless Outreach Team, became engaged in an altercation with a man which resulted in Cst. Yang being fatally stabbed. The man also sustained serious injuries. Emergency Health Services transported both the man and Cst. Yang to hospitals, where tragically, Cst. Yang succumbed to her injuries. IHIT has taken conduct of the investigation and is working closely in partnership with the Burnaby Detachment, BC Coroners Service and the RCMP Forensic Identification Section. 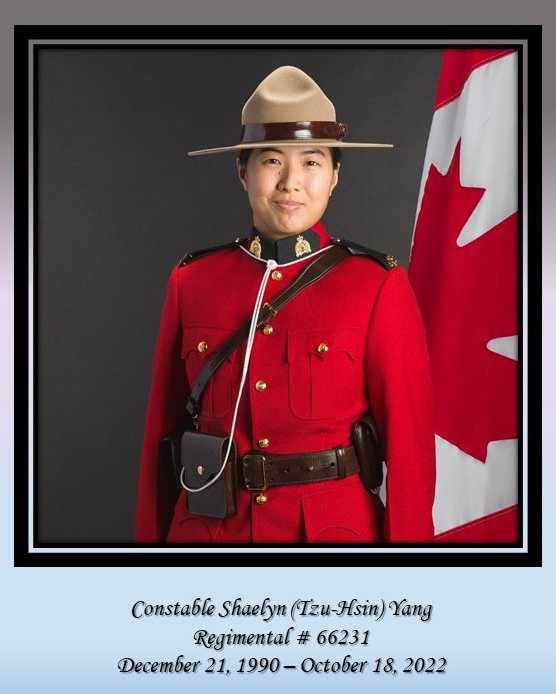 On October 19, 2022, a charge of first degree murder was laid against 37-year old Jongwon Ham, of Burnaby, who remained in custody following his arrest on October 18.

I understand this tragedy has a profound effect, not only for Cst. Yang’s family and friends but for the entire community, says Superintendent Mandeep Mooker, Office- in-Charge of IHIT. This is a time to come together and support one another. We send our condolences to Cst. Yang’s family, friends and colleagues.