Grande Prairie, Alberta – On Nov. 3, 2022 at approximately 9:30 P.M., officers with Grande Prairie RCMP Crime Reduction Unit (CRU) conducted a traffic stop with a vehicle traveling on 100 street near 113 Avenue Further investigation led to the arrest of two occupants for a drug investigation.

A search of the vehicle revealed the following items:

Further investigation determined the gun had been stolen from a previous commercial Break and Enter. 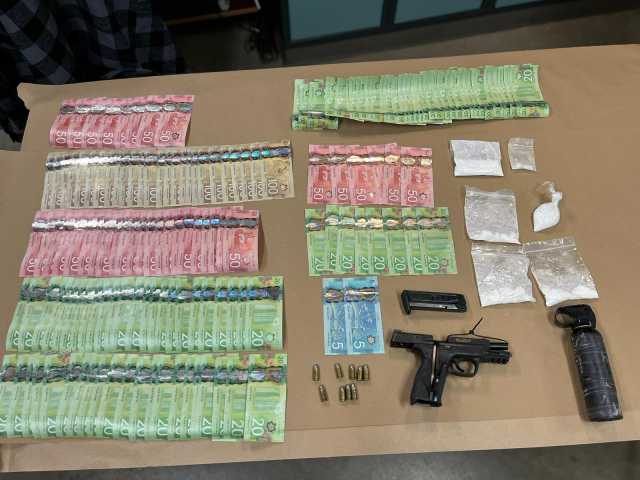 · Possession of a firearm in a motor vehicle

· Possession of a restricted firearm with ammunition without a licence/registration

· Careless use of a firearm

· Possession of property obtained by crime under $5000

Stout was additionally charged with:

· Possession of a weapon contrary to an order X 3

Following a Judicial interim release hearing Letendre was released from custody to appear in Grande Prairie Provincial Court on Nov. 23, 2022. Stout remains in custody and his next court appearance is Nov. 23, 2022.