Winnipeg, Manitoba – On November 14, 2022, at approximately 3:05 pm, Emerson RCMP responded to a robbery at the Access Credit Union, on Main Street, in Lowe Farm.

A male entered the bank, handed the teller a note demanding money, and left the bank with an undisclosed amount of cash. No weapons were seen. He fled westbound in a light coloured 4-door sedan believed to be between the years of 2004-2008.

The male suspect is described as 6′ tall, in his mid 20’s to mid 30’s, with blue eyes, dark eyebrows a large nose and slim build. He was wearing a black face covering, high visibility vest, blue jeans, black jacket and black gloves. 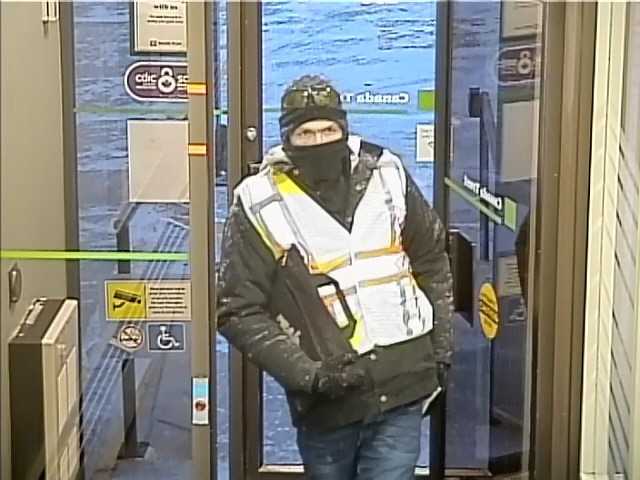 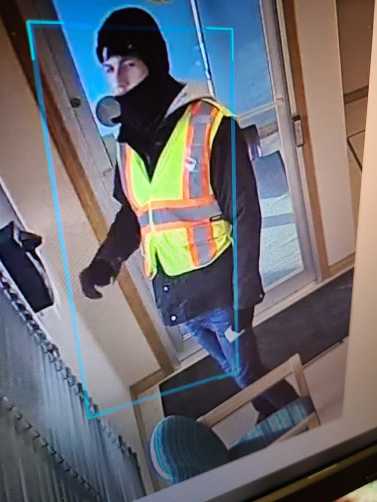 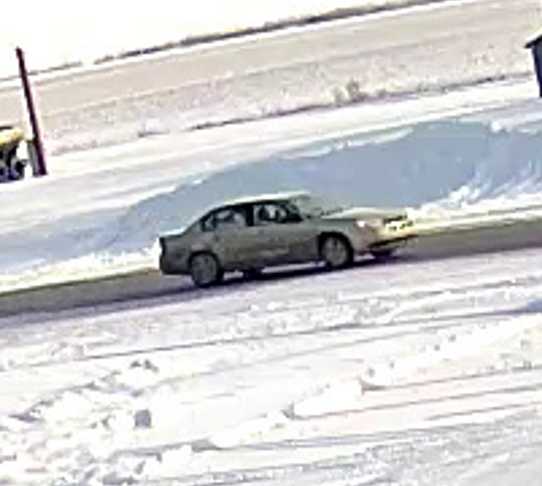 On November 10, 2022, at approximately 4:55 pm, Steinbach RCMP responded to an attempted robbery at the TD Canada Trust on Main Street, in Steinbach.

A male entered the bank and handed the teller a note demanding money. No weapons were seen, and the male left the bank shortly thereafter. He did not obtain any money.

The male suspect is described as tall with a slim build, blue eyes, wearing a black face covering, high visibility vest, blue jeans, black jacket and black toque. It was originally believed he fled in a black vehicle, but further investigation has determined it was a light coloured 4-door sedan believed to be between the years of 2004-2008.

RCMP believe the same suspect was responsible for both robberies and used the same vehicle.