Calgary, Alberta – Investigators have charged one man and seized a flare gun following a reckless assault and shooting that occurred in a busy public area last week. We are also looking for the public’s help to identify additional individuals believed to be involved in the altercation.

On Thursday, Nov. 17, 2022, at approximately 2:15 p.m., a group of four males became involved in a physical altercation in the upper level of the Marlborough CTrain Station, located at 899 36 St. N.E. The violence continued to escalate, with suspects brandishing a pipe and a knife, while multiple citizens were attempting to flee the area. Several minutes later, one of the individuals returned to the upper level with a flare gun and fired it twice, causing one of the suspect’s jackets to briefly catch on fire. 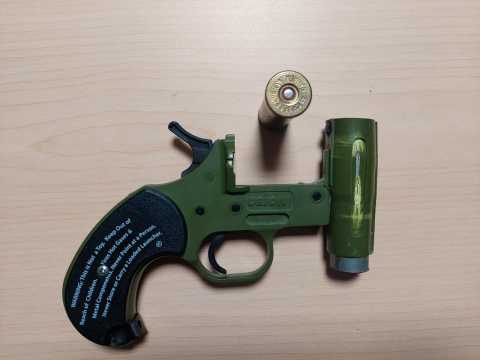 The man who fired the flare gun fled the area on a departing CTrain and was arrested without incident by police at the Franklin CTrain Station and is now facing charges. The other three suspects fled Marlborough Station prior to police arrival. Investigators are looking for the public’s help to identify these men. 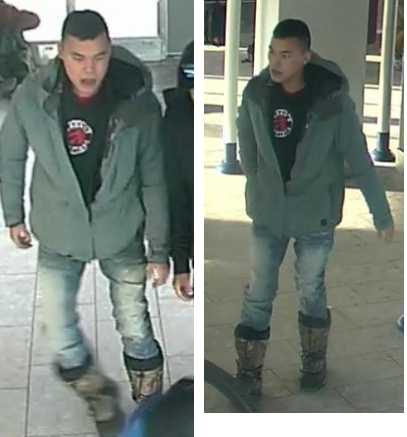 The second suspect is described as 20 to 30 years old, 6’ tall, with a slim build and brown or black hair. He was wearing a green camo jacket with fur around the hood, a white hoodie, green reflective vest, dark pants and black shoes. 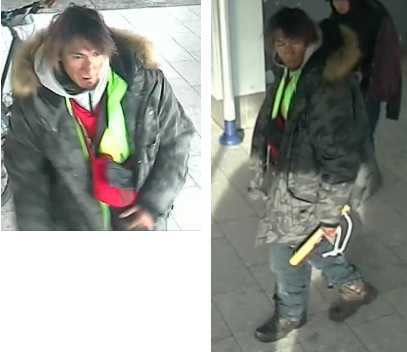 The third suspect is described as 20 to 30 years old, 5’8” tall, with a slim build, black hair and brown eyes. He was wearing a maroon jacket, a hoodie with a red Vans logo on the front, baseball hat, sunglasses, blue jeans and a wallet chain. 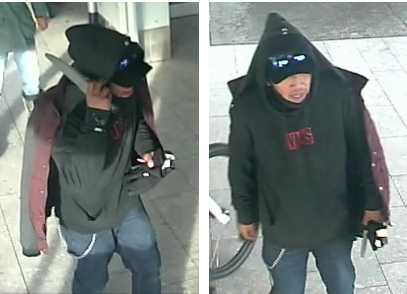 Evan Robert MOSSING, 37, of Calgary has been charged with seven firearms offences including discharging a firearm with intent while being reckless, careless use of a firearm, and possession of a weapon for a dangerous purpose. Following his bail hearing, MOSSING was released from custody pending his next court date on Tuesday, Dec. 13, 2022.

Investigators would like to thank members of Calgary Transit who were critical in helping to locate one of the suspects.

Anyone with information about the identity of these individuals, or this assault, is asked to contact police by calling 403-266-1234. Tips can also be submitted anonymously to Crime Stoppers through any of the following methods: