Vancouver, BC – Vancouver Police have released video of a suspect in a late-summer assault that left three women with injuries, and are asking the public for help to identify her.

In the early hours of September 19, the victims – all women in their 20s – were walking near Smithe Street and Hornby Street in downtown Vancouver when a group of strangers approached and began assaulting them. The victims suffered numerous injuries to their arms and faces.

Vancouver Police have obtained video of one of the suspects and are asking the public for help to identify her. The suspect appears to be a dark-skinned woman in her 20s with long, dark hair. She was wearing a black crop top, blue jeans, and white shoes. 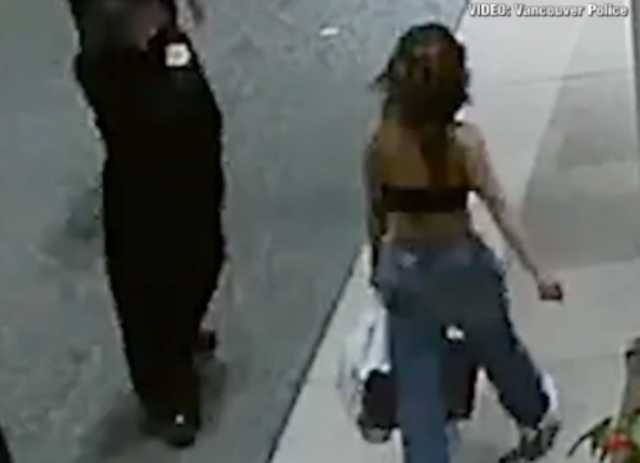 Anyone who recognizes the woman in the video is asked to call Vancouver Police at 604-717-4021.