Find Police Report in the ROKU Channel Guide under the News tab. 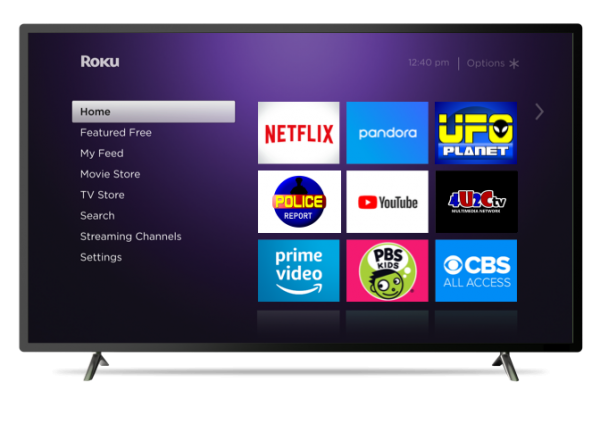 Do you have a ROKU streaming device or a ROKU TV (Made by many manufacturers)?  Subscribe to the “Police Report” channel on ROKU.  You will find our channel in the streaming guide under “News”.

What you will find on our ROKU channel

Content carried on Police Report is not intended for children and contains REAL footage from police events in the USA that may include shootings and death.

As police agencies in the United States release footage from incidents captured on body and dash cameras,  you will find it on the Police Report channel.

Chances are if you have to ask,  then you don’t own one.  However,  it is a great time to learn about ROKU and what it is.  In a nutshell,  ROKU is a streaming device that connects to any HD TV and makes available 1000’s of free and paid TV channels.  Many TV manufacturers make a ROKU version of their smart TVs.  You can find them at any electronics store that sells television sets.  As well,  they also make a “ROKU Stick” and a ROKU ‘box’ if you already own a good TV.

Already own a ROKU?

Click HERE to install Police Report on your ROKU.  (Please note,  you will need to know your ROKU account username and password to use this link.)

Beiseker RCMP respond to a complaint of a firearms related injury

January 24, 2020
Edmonton, Alberta – In early December 2019, the Banff RCMP was contacted by a male who alleged that his father may be responsible for a missing person from the Banff area. The male also stated [...]